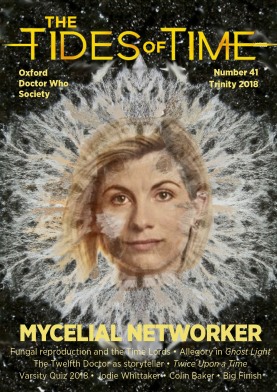 Number 41 of The Tides of Time was published by The Oxford Doctor Who Society in June 2018. It’s printed in colour throughout its 80 pages and is edited by James Ashworth, who is studying biology at Worcester College, and society veteran, its historian Matthew Kilburn.

While there are no print copies left, the PDF of the entire issue is now freely available here

Farewells to the Twelfth Doctor