Revisiting Doctor Who 11.1 – The Woman Who Fell to Earth 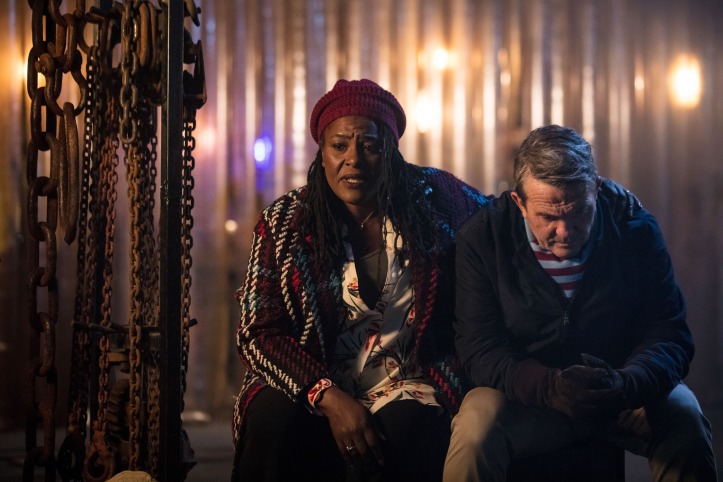 Returning to the start of the 2018 series of Doctor Who, Victoria Walker looks back at Jodie Whittaker’s debut episode The Woman Who Fell to Earth.

The Woman Who Fell to Earth was a really strong series and Doctor opener. Chris Chibnall did a good job in creating a fast-paced introduction to our new Doctor, the new cast, and a new villain.

It is impossible to properly evaluate this episode without comparing it to previous Doctor introductions. In my opinion, these episodes tend to be quite slow. This is a symptom of post-regeneration fatigue and has been seen as widely unavoidable. This episode, however, was quite different; Jodie was up and about, animated as she is throughout the rest of the series. Consistency is not sacrificed, as she does face difficulty remembering certain things, and we do have the brief obligatory sleep scene. This is, in my opinion, a step in the right direction for series openers. Sure, I do enjoy episodes like Spearhead from Space and Deep Breath, but they can be quite slow and frustrating, in their way.

We certainly start our new run of monsters with an interesting one. I do like the idea of the Stenza, and Tzim-Sha (or Tim Shaw as the Doctor chooses to call him) is an interesting offshoot of that race. Whenever discussions are held about the Stenza, I do find it interesting that people take Tzim-Sha’s conduct as indicative of the entire race. If you consider races like the Daleks, Cybermen, Sontarans or any other typical warrior race, it is natural to talk about one as though they embody the whole. Tzim-Sha is slightly apart from that, as he has cheated his own race through the use of his technology. Presumably, the Doctor would take issue with the hunt no matter whether he was cheating or not. That leads me to question why the cheating is brought up in the first place. I could be ever so cynical and claim that it is to explain why the Stenza doesn’t come after the Doctor themselves later on, and so that whole idea is little more than a plot hole plugger. I’ll just leave that as food for thought, however.

Perhaps, unfortunately, there is an issue with narrative pacing, as ends up evident for the rest of the series. This is most evident at the point of Grace’s death. That is simply tonal whiplash. Don’t get me wrong, I love Grace’s character, but to simply kill her off like that for what ends up being to force a grief plot for Graham the rest of the series? The build-up and denouement of the episode are not set up such that this event has as much impact as it should have done. It makes me sad that this is the case because the episode, while it has some minor picking points, is otherwise fine. It is a good introduction to every member of the cast.

Ryan’s introduction through his dyspraxia is an interesting one. The sequences with the bicycle are, in my mind, genuinely quite heartwarming. The one thing I do question is just how he managed to throw a bike that far. Seriously. While I appreciate the effort in how this setup is achieved, it just doesn’t really work when you think about it. Yaz knowing Ryan from school is a good way of connecting the two, as in New Who a mix gender pairing like this tends to imply some sort of romantic relationship. I like how platonic these two are.

All in all, I did quite enjoy this series opener. Small issues aside, it was a very reasonable introduction to Jodie Whittaker and the rest of the cast.