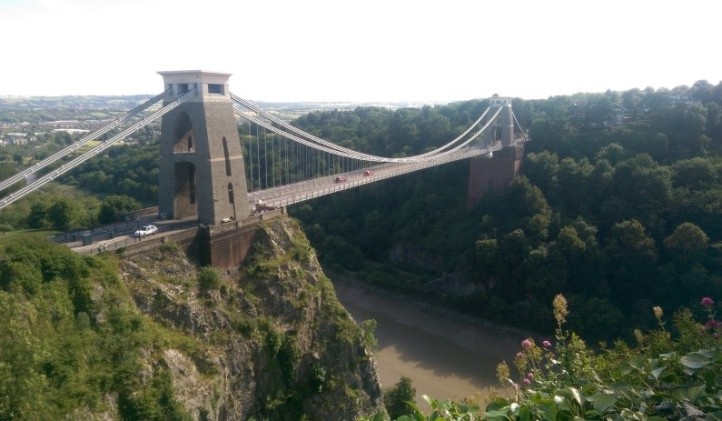 Speaking of him, the book opens in 1831, where a mysterious young poet, Jared Malahyde, approaches Isambard Kingdom Brunel with an offer. Zooming forward 13 years, the plot thickens as the population of Bristol, and as it is later revealed, the world, becomes aged by 40 years in seconds. In 2003, The Doctor, Anji and Fitz arrive in the midst of an attack by the aged children of the world, the Wildren, on Aboetta, an inhabitant of the Ashton Court enclave, en route to the fort of Totterdown. Thus the Doctor and his companions are caught up in a world of mystery, cannibals, and disembodied beings from a pocket universe. With the timelines in flux, they find themselves being changed to suit the world they have found themselves in, forcing the Doctor to return to the past to fight this future at its source, leaving Fitz and Anji behind. Despite Isambard Kingdom Brunel being flaunted by this novel, from the cover to the opening prologue and the odd flashback, he doesn’t really appear until this point, page 187 of a 270 page novel. With his new engineering companion in tow, the Doctor proceeds into another world to prevent this new future.

The key strengths of the novel definitely rest in its world building. The world that arises, a medieval society residing in the ruins of Georgian splendour, is engrossing and quite palpable, and does seem like something out of a Boys’ own novel. And that, in effect, is the point. With all adults killed by the premature aging, or Cleansing, and all young children driven mad and warped into the Wildren, then only the teenagers, suddenly thrust into middle age, are left to hold society together, and so forming into forts and encampments, like those in adventure novels of the age, does seem quite likely. It also helps that Walters is a Bristolian, so the geography of this world blends seamlessly into the real one, something especially exemplified during the Wildren’s pursuit in the floating harbour. The nature of the changing timelines is also worked in, with the concept of time dilation, as recently seen in World Enough and Time/The Doctor Falls. Malahyde’s base at Ashton Court Mansion is out of sync with the rest of reality; as the source of the divergent timelines, time moves at a much slower rate, with 4 months there being the same as 10 years in Totterdown, as Aboetta discovers on her return.

The novel also asks interesting questions about the Doctor’s character. With Fitz being affected more strongly by the effects of timelines trying to resolve them, he becomes convinced that this reality they have entered is the real one, and theirs is one of the competing false timelines. He asks if the Doctor looks out for the little guy, which is nonsense, given that’s his raison d’etre, but it is interesting to consider how far the Doctor has come since ‘Do I have the right?’ The cold logic, that these people should never have existed, at least not in their present form, and so need to be destroyed. It doesn’t come up a lot in the Classic series, but does hark back to serials like Inferno, where the Doctor tries to help but is rebuffed by The Brigade Leader and his goons. It also comes up a number of times in the novels, freed from the constraints of production budgets, and also in audios such as Flip Flop. The Classic series further gets referenced when The Doctor, to ensure TARDIS dematerialisation doesn’t make him switch universes, disconnects the time element of the time rotor.

The Novel stumbles when it comes to its conclusion. While the set up is impeccable, the ending is somewhat underwhelming, as are the villains. The villains of the piece, the Eternines, take the form of glowing blobs. Their party piece is being able to possess humans, and communicate to the host by speaking in memories that you remember in real time. Their pocket universe is dying, so they intend to suck the energy of ours through in order to grow theirs. But the interference of the Doctor in the past stopped it initially, causing the Cleansing to halt at 40 years. The issue I find with them is that they are absent for large chunks of the novel, which at first is to ensure that their true intentions, whether heroic or villainous, is kept under wraps. But by the time of the conclusion, their threat has been apparent for a while, but they are, like their appearance, insubstantial and ill defined. The resolution is also problematic, with the Doctor using the TARDIS, connected to the source of the alternate future, the Utopian Engine, to turn back time to erase the new timeline. The abruptness of the ending is shown by the Doctor himself, when Anji asks how the TARDIS was able to turn back time. ‘It can’t – usually’ replies the Doctor, ‘but linked to something like the Utopian Engine, it can’. And like that, the plot is resolved. Completely out of left field, and using a literal Deus ex Machina, it’s an unfortunate ending to an engrossing premise.

In all, I would still recommend Reckless Engineering as a great example of the use of parallel universes and timelines in Doctor Who. The world building is, as has been mentioned, excellent, but it is hampered at the end by the inability to end the novel satisfactorily. It’s an enjoyable read up to this point however, and who knows? Maybe these experiences, running amongst the ruins, lead to the Doctor’s decision to settle down in Bristol for series 10.