Do you seriously expect me to believe that? – Why I love Liz Shaw 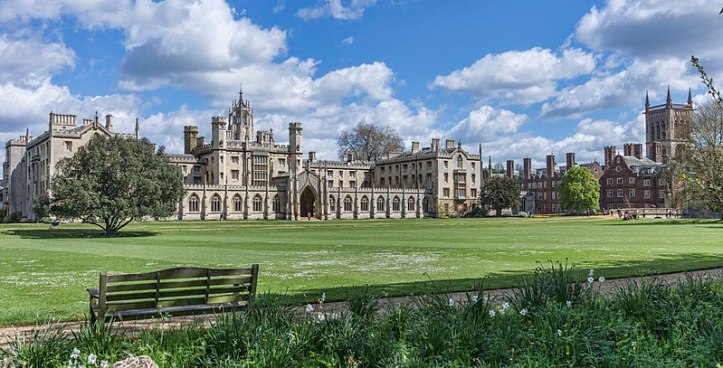 1970 was the year everything changed. After a trial by the Time Lords, the Doctor wakes up with a new face, in a broken TARDIS, and stuck on his favourite planet – in colour. Spearhead from Space was a new start for the series in many ways, with new actors, a new production team, and a new direction. Part of this was a new set of companions: on the one hand there was UNIT, a military organization with a rather different approach to problem solving from the Doctor’s (with Brigadier Lethbridge-Stewart as a convenient sparring partner), on the other hand, there was Elizabeth Shaw – fellow scientist, kindred spirit, and technical support. While the introduction of UNIT was quite an obvious innovation, associating the Doctor with a larger organization to support and antagonize, Liz was closer in concept to his traditional travelling companions: a single individual he could bounce ideas off and explain the plot to, acting as the eyes and ears of the viewer.

Yet, Liz herself was a radical departure from what had gone before. Ever since the departure of Ian and Barbara, and especially in his second incarnation, the Doctor had travelled mainly with young and inexperienced people, even the cleverest of whom needed a mentor’s guidance. Competent adults could be enlisted for help in these adventures, but they tended to be guest characters unique to each serial, such as secret agent Astrid Ferrier in The Enemy of the World, or scientist Anne Travers in The Web of Fear.

The arrival of Liz Shaw breaks up this pattern. Suddenly, the competent adult is centre-stage: having been head-hunted by UNIT for the job, Liz has an array of scientific qualifications stretching the boundaries of any real-world career –  qualifications it must have taken more time to achieve than any teenage genius could before growing up. There is no question that Liz is an adult with some experience of life behind her; Caroline John was almost 30 years old at the time, and no effort was made to pretend that the character was any younger (although her fictional age is never stated). She is approached by UNIT for the breadth of her scientific background, which may be unlikely in the real world, but is explained in more credible terms than usual for scientists. She does not understand all of science by default (or narrative convention) as if it were a single entity, but is clearly stated to have studied a range of subjects, giving her a unique overview. With – and from –  this breadth of insight comes both a healthy scepticism and the open mind which UNIT is clearly hoping for. At the same time that she rejects the possibility of a coordinated meteor shower, she is able to accept evidence for its existence and is ready to seek an alternative explanation.

This combination of scepticism and curiosity, backed up by a depth of knowledge, mirrors the core values of the Doctor’s, who, for all his love of physical action at that time, is never more a scientist than in his third incarnation. When Liz and the Doctor are thrown together, there is an immediate meeting of minds – two individuals with similar views, but with different perspectives, pooling information to find a solution and instantly working as a team. The Brigadier is brusquely sent away to let the grown-ups get on with the work. And in the end, although neither Liz nor the Doctor had come to UNIT entirely voluntarily, both stay on for their own separate reasons, and more importantly, both stay with each other to work as a team of equals. They may not always be equal in knowledge, as there is much the Doctor has to show Liz (and the viewers), but they are equal in an environment where information is shared between peers, not taught to inferiors.

Of course, given the Third Doctor’s action man persona, Liz does find herself in a fair share of danger, but even when she gets to scream in the face of a Silurian, it is not the scream of a child crying for help, but one of real, adult fear in the face of the horrific unknown. Conversely, her evil military alter-ego in Inferno, who initially takes no prisoners, is capable of weighing up ideology against reason in the face of disaster. And it is also in Inferno that the Doctor entrusts the “real” Liz with a part in his most precious scientific project – the well-being of the TARDIS herself.

Sadly, however, their experiments with the console are also the closest they ever get to travelling any distance together without Bessie. After only four stories, and long before the TARDIS can become functional again, her time as the Doctor’s primary companion comes to an end, for reasons that remain firmly behind the scenes – she is not even written out. Instead, the following story introduces Jo Grant – younger, more innocent and a willing part of the UNIT family – in a story that in several aspects seems to rerun Spearhead from Space, as if to reset the timeline to an alternative version of events, one in which Liz Shaw has no part. So Liz remains one of the companions with the shortest time with the Doctor, so short she was never even granted a trip in time and space, and one who is often forgotten altogether. And yet it may be the very shortness of her tenure, and the nature of her earthbound adventures, which have kept her legacy safe from the principal danger to any character in serial fiction: that of writers running out of ideas.