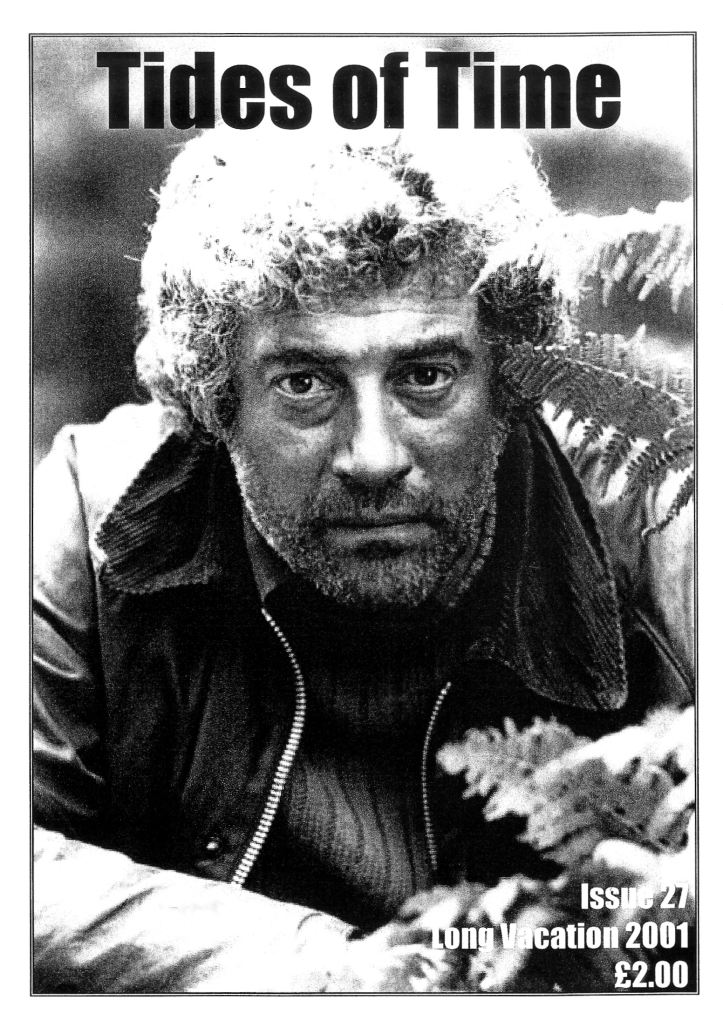 Tides of Time, issue 27, was published in October 2001. It was cover dated Long Vacation 2001. It was edited by Matthew Peacock. Its cover price was £2.

The entire issue is now available to download as a PDF.

The issue also contained an insert informing purchasers of the death of Alasdair Prett shortly before publication.

Format: A3 folded to A4, outer covers on white card, photocopied, 28pp