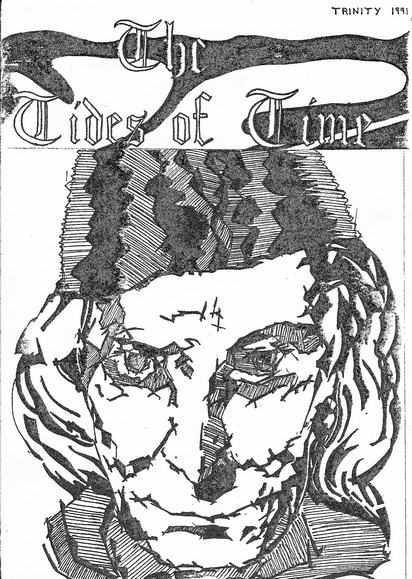 The Tides of Time, issue 5, was published in April 1991, and cover dated Trinity Term 1991. It was edited by Louise Dennis. It had no cover price but probably sold at 40p.

This issue is available for download as a PDF.

Back cover illustration: The Invasion by Robert Moss