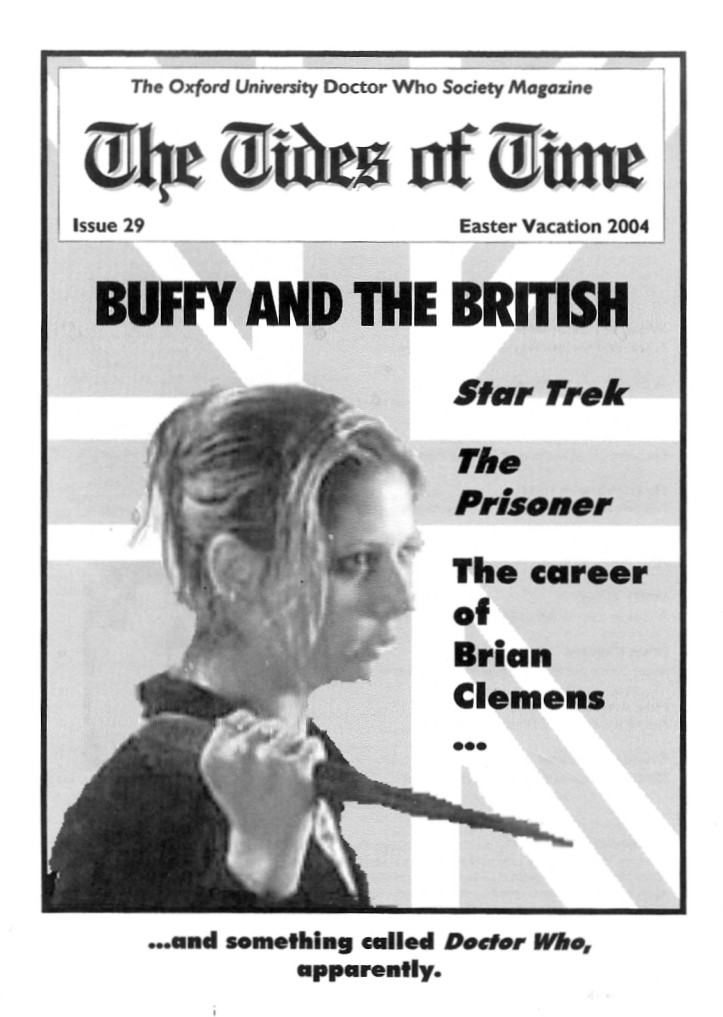 I’m reluctant to add any more old content to the site at the moment, though it has come to mind that ten years ago I was close to completing my first issue of The Tides of Time and so an opportunity arose to re-present it. Issue 29 (direct link to pdf) marked several format changes: faced with less material, and a declining membership of the Doctor Who Society at Oxford University, I drew on precedents from other societies from my student days and gained approval from the committee to make a smaller magazine than usual but distribute it free to the membership. Given the wider accessibility of high quality print technology and the leaps and bounds that electronic publishing has made since 2004, I sometimes wonder what would have happened had I made a different decision.

The first issue which I edited was issue 29, published for the Easter Vacation. It is an issue marking a change of eras, with an editorial looking forward to the new series, still a year away from broadcast but about to enter production, but much of the content looking at other series roughly generically aligned with Doctor Who:  Star Trek, Buffy the Vampire Slayer‘s fascination with Britain, and the work of Brian Clemens. Doctor Who is largely represented by fiction, typical for a concept where leadership had been with fandom (both voluntary and professionalised wings) for so long. It’s very much of its time, and though not as lavish or varied as the issues conducted by Matthew Peacock and others between 1998 and 2002, still I think stands up.