King Solomon’s TARDIS, and other arguments 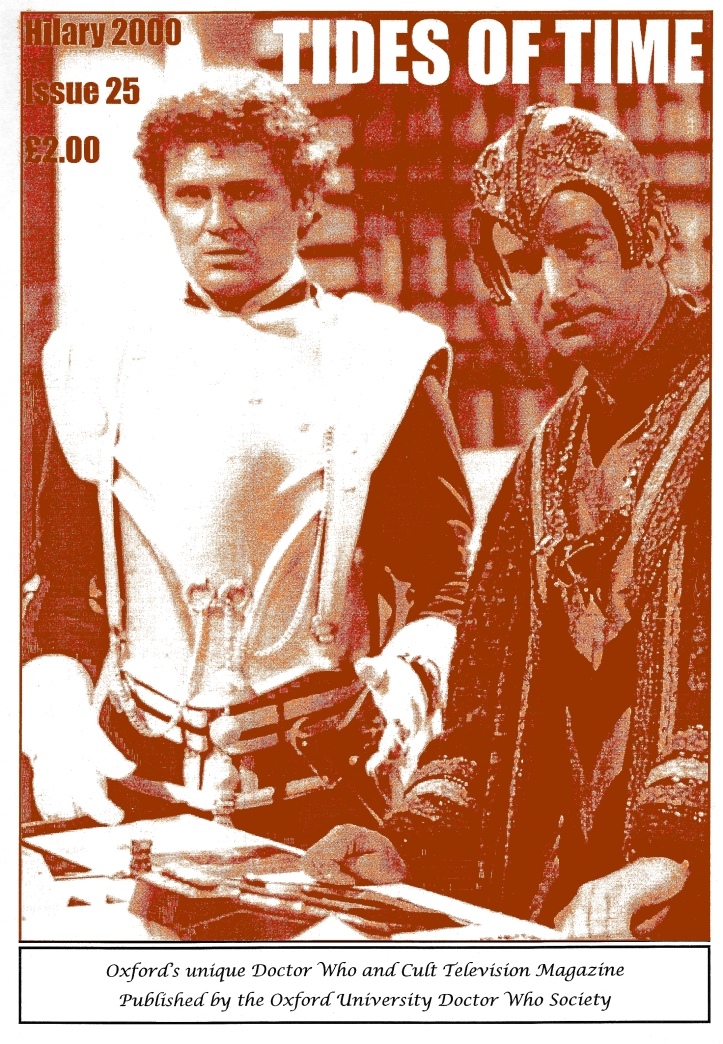 Working backwards again, I’ve now added a PDF of issue 25 of Tides of Time, published early in 2000, to the website, It’s a large file as these scans go, of 25Mb or so, but is worth it. Matthew Peacock edited this one, and was responsible for the major piece of fiction in it, ‘Jacob’s Ladder’, which Fiona Moore and Alan Stevens later cited in one of their academic articles on Doctor Who. Fiona herself writes for this issue, including looking at theexoticism and de-exoticisation of the primitive across twenty-six years of Doctor Who, on Lawrence Miles’s novel Alien Bodies as an allegory for Doctor Who as cultural commodity in the 1990s, and about the crisis of relevance which affected the programme in the 1980s. There’s a great piece on childhood memories and meeting Elisabeth Sladen by Mark Boyes, and a survey of the history of the magazine by me, as well as gossip, in-jokes, out-jokes and other fiction.

In the interests of variety, I had a go at tinting the cover illustrations for this edition, in an attempt to exploit the shortcomings of the photocopies I used as masters. I apologise in advance for the eye strain.