There is such a thing as The Macra Terror 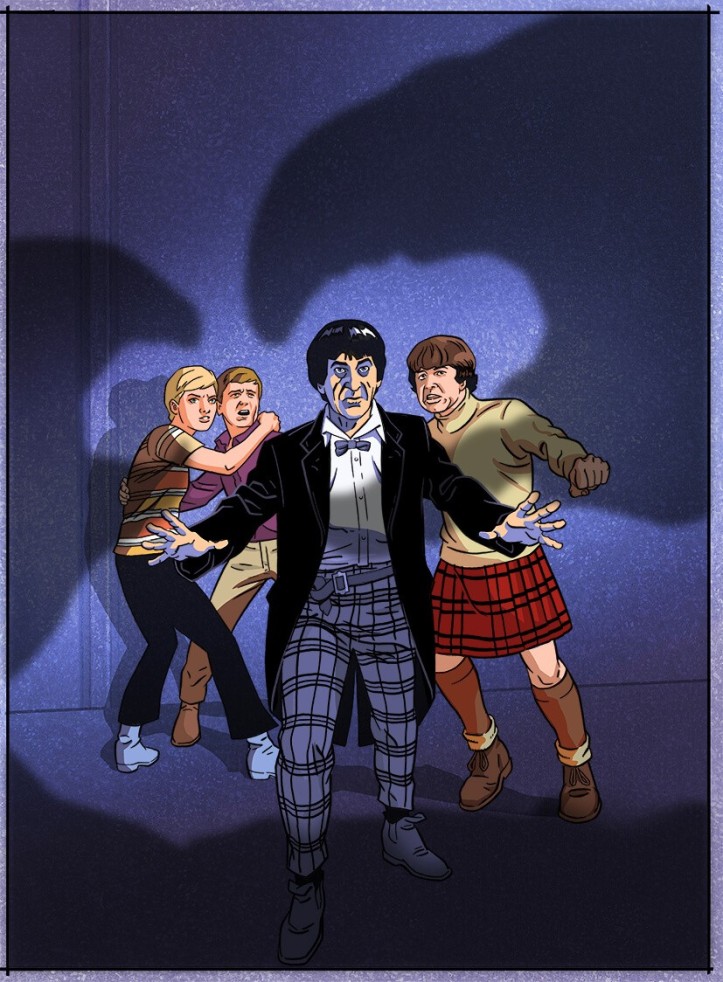 The animation of the lost 1967 Doctor Who story The Macra Terror was previewed at the BFI on Saturday 16 March, and James Ashworth was there

Fifty-two years ago, The Macra Terror began a cracking run of second Doctor stories, including The Faceless Ones, The Evil of the Daleks, and The Tomb of the Cybermen. Unfortunately, as with three-quarters of the mentioned stories, it was soon lost to the ether, in all likelihood never to return. In the case of The Macra Terror, it also joined the unfortunate club of stories which are completely missing, with Marco Polo, The Highlanders and The Power of the Daleks among their number. As such, this makes them prime candidates for animation, of which Power is the most recent example, until now. When I headed to the DVD preview at the BFI, I wondered: would I be Macrazy about this new animation, or would it all be a bit… Macrap?

Of all of the second Doctor stories to reanimate, I don’t think any could be more timely than The Macra Terror. A leader who instructs their public to ignore self-evident truths? Shadowy figures manipulating public opinion from behind the scenes? Environmental catastrophe as damaging gases are not only used, but actively searched for? It’s strangely relevant, and a worrying indictment for today that a story influenced by Nineteen Eighty-Four can have so much relevance in the modern age.  While this could make it something of a joyless slog in the wrong hands, I was relieved to find that it takes much more of a satirical bent, with a seam of humour running through it. Troughton seems to relish the many one liners that are thrown his way, and so the four parts seemed to whip by.

All this is already a matter of public record. But what of the animation itself? With a couple of caveats, I would argue that this is one story where the reanimation is probably better than the original story. While that may sound controversial, just remember that there was only one enormous Macra prop which was notably unwieldly (it needed to be moved via a van), and as Anneke Wills recounted at the screening, required some assistance (such as flinging yourself into its claws). The animated Macra, meanwhile, pay homage to the original design while also looking, and moving, much more realistically. This allows the animators to alter a few scenes to make more effective use of them, consequently making their threat much more apparent.

Aside from the Macra, the rest of the animation does an excellent job of recreating the story. The colony looks excellent, and while I was initially perturbed at the rather youthful-looking Patrick Troughton, it complements the Second Doctor’s energetic personality. Jamie and Ben also look the part, but my biggest gripe with the animation is that of Polly, whose appearance doesn’t really reflect that of Wills – something she agreed with. While the team have undoubtedly put effort into making sure the faces are as realistic as possible, I found it somewhat problematic that the lead female character came off as somewhat generic looking, especially as Polly has quite a bit to do in this story. It’s also quite odd given their attention to detail; the director noting that they tracked down one actor, of whom they could find no photos, to send them some from his home in America. The odd background also looks a bit flat, but in all, the animators have managed to improve on the original, which is certainly no mean feat.

If, like me, you’re a big fan of the second Doctor, then The Macra Terror will give you your desired fix. Even if you aren’t, there’s still plenty to enjoy, especially now that the execution has caught up with the intention. To sum it up in one bad pun: Macrificent!