Tides Lord Victorious – The beginning of a review odyssey 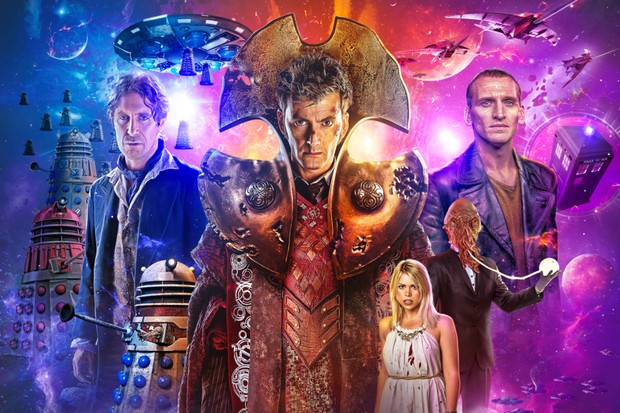 What is Time Lord Victorious?

Time Lord Victorious is a new epic multimedia Doctor Who storyline, starring the Eighth, Ninth and Tenth Doctors, that’s due to launch in September of 2020, with releases currently planned up to the end of the year. Although we don’t have the full details at the time of writing (August 2020), we know that there will be novels, comics, audio dramas, audiobooks, accompanying figurine sets, an escape room and even an immersive experience – although with the ongoing COVID-19 crisis across the globe, this element could be called off. There is also the potential for yet more to be announced!

Thus far, details on the overarching plot are being kept moderately vague, but we know it will involve the Doctors travelling back to the Dark Times to “defend their home planet from a terrible race”. The title of Time Lord Victorious, first coined in The Waters of Mars, could mean that this storyline takes place sometime after then for the Tenth Doctor, and his central place in much of the marketing and artwork suggests that this incarnation is particularly key to the saga. Furthermore,we also know that a major character will be Brian the Ood assassin, who looks set to appear in at least one novel, an audio drama and an audiobook. But will this unusual agent be friend or foe to the Doctors? Only time will tell.

Although the creators of the project have stated that each strand should be perfectly understandable, and enjoyable, independently, I have decided to take on the heavy duty of consuming all Time Lord Victorious content. It’s all for you, dear reader, so that I can give you the scoop on what bits are really worth your time and money. And yes, that means everything, even the miniature figurines, although as I do not possess a record player, alas, I will have no choice but to purchase the download edition of audio drama Echoes of Extinction, which bizarrely seems to be only having a physical release on vinyl, but not CD. I will also do my best, within reason, to attend any live events connected to the story, although as previously stated, I’m not sure if these are still going ahead.

So far, based on what little I know about Time Lord Victorious, I am curious about some of the choices that have been made thus far, though the concept of such a large-scale project is exciting! The decision to launch a multimedia range without utilising the current Doctor, Jodie Whitaker, makes me a little sad, and makes the project seem like one intended to capitalise on nostalgia for old Doctors rather than attracting fans of the current era. Having said that, it would make sense, at least  financially, to aim for a somewhat older fan as a fair amount of disposable income is required to buy all the various components. Perhaps this older, more affluent target market is also shown by the truly bizarre decision to release a vinyl-only adventure in the year 2020! Although the price of this physical edition hasn’t yet been revealed, it’s unlikely to be cheap…

This bold decision seems to be in contrast with what we currently know of the plot synopses, which, to be frank, have failed to excite me too terribly. Venturing into the Dark Times, Daleks, Great Vampires…. All of this lore-based content sounds fairly fan pleasing, but this type of gritty, conflict-based tone has been done to death by Big Finish in recent years, although Brian the Ood does appear to suggest some hint of whimsy. I will try to approach all the stories with an open mind, and I’m very willing to be pleasantly surprised, but I hope there’s some real dramatic meat to the material, and not just empty grandeur.

That about wraps up this little introduction to Time Lord Victorious. As the various aspects are released, I’ll do my best to quickly record my impressions. As well as reviewing each piece of the puzzle individually (which will include my first ever critical analysis of a metal figurine!), I’ll also look back on the whole picture once it’s been completed, and we’ll finally see whether we’re dealing with a Time Lord Victorious, or a Time Lord Vainglorious.