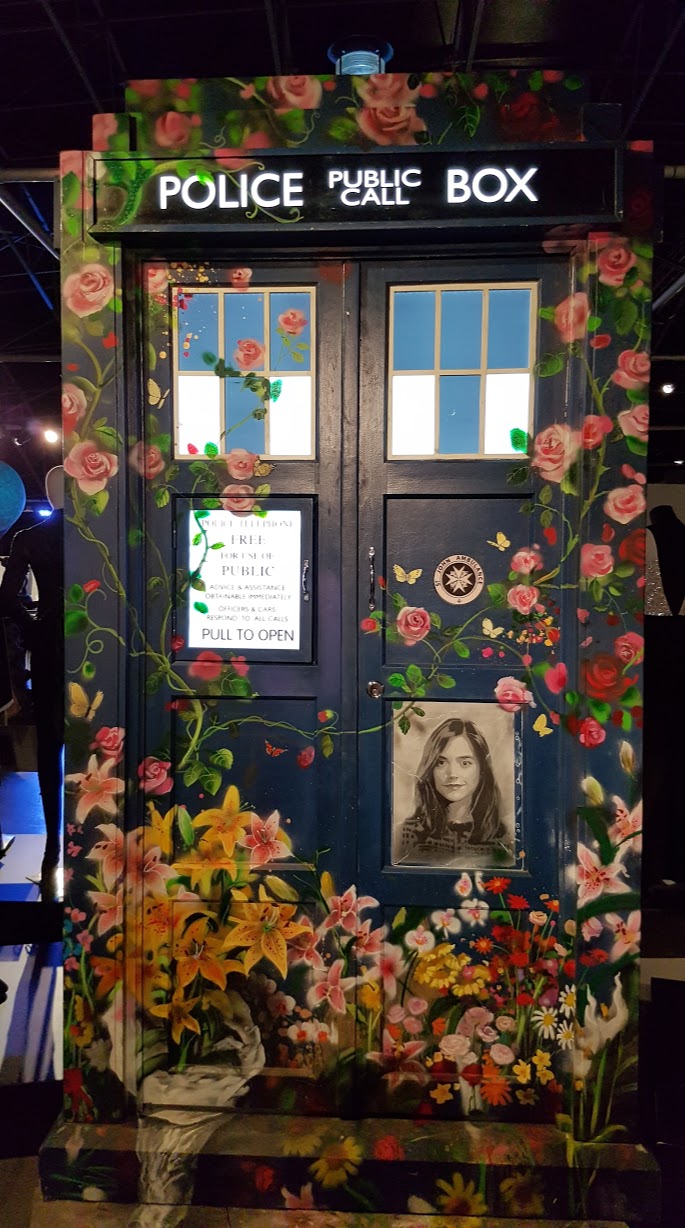 In recent years, I’ve adopted a controversial philosophy when it comes to our favourite television show – I’ve decided to enjoy it as much as possible. This wasn’t something I always did, and there was certainly a good period during the ‘Moffat era’ when I was a frustrated and confused fan. I was, in fact, one of the many who derided Hell Bent as dreadful, and a nadir for the show.

Well, I’m pleased to report, after watching it again for the third time since broadcast, that I firmly recant my previous nonsense – Hell Bent is a really good episode of Doctor Who, and I feel all the better for actually enjoying it! I’m pleased to be able to say that the Capaldi years are some of my favourite, and a great deal of that comes from the fact that I’ve been able to re-watch, reinterpret and re-evaluate stories that I dismissed or perhaps misread on broadcast. Episodes like Death in Heaven, Kill the Moon, and Hell Bent.

What I love most about my slow reconversion back to the ranks of Moffat cheerleaders is how it’s enabled me to fall back in love with Doctor Who. To appreciate it as a show capable of change, and of embracing multiple ideas, approaches and conceptions of itself. It’s something we talk about all the time, but which I didn’t necessarily appreciate fully.

There were several reasons why I disliked Hell Bent on broadcast – many of them well rehearsed and discussed in various forums. I disliked that Clara was resurrected, that she meant so much to the Doctor, and that she was ultimately rewarded for her dangerous actions. I disliked how the return of Gallifrey was swept aside for a more intimate tale focusing simply on the Doctor and Clara, and I hated how wasted the whole first half felt. I was certainly someone who felt that the whole joke about ‘Clara Who’ had gone too far…

These are now precisely the reasons I love the story. How cool is it that we can re-watch Series Eight and Nine and see a clear and compelling development of the characters of the Doctor and Clara, as well as the way they interact? In this context, Kill the Moon becomes a fascinating touchstone for the series’ central developing plot arc, rather than an odd misfire about the moon turning out to be an egg. It’s so much more satisfying to see stories which I previously had reservations about – The Magician’s Apprentice,for example – turn into more complex tales when I look at them again. In particular, I now appreciate how Moffat threads through themes and ideas, especially in his use of phrases, motifs, and the ‘duty of care’ which is repeatedly mentioned by the Doctor.

Let me be clear though – I’m not claiming any of the episodes I’ve mentioned are perfect. Nor am I suggesting that if anyone is still not a fan of these stories that they are ‘failing to be a Doctor Who fan correctly.’ Instead, I’m trying to convey the sense of joy and satisfaction I have gotten from realising that it’s more fun for me to take on board what the writers present us with and digest it, than do what I initially did – which is to reject it for failing to live up to the impossible standards of my arbitrary imagination.

Rather than a big showdown over the fate of Gallifrey, Hell Bent is a sweet and poetic coda to the Doctor and Clara’s relationship which gives them time to properly say goodbye while working out the kinks which have bedevilled their relationship. The Doctor learns that no matter how many walls of diamond he punches through, there are sometimes unhappy endings, and sometimes you have to accept it. Conversely, Clara succeeds in becoming the Doctor and in claiming ownership of her own life and story. She’s been adrift since Danny’s death, and here, she finally finds peace. The final scene with the memory wipe pretty much justifies the episode alone, with some absolutely stunning acting from all involved. It has now struck me how beautifully Moffat is able to stoke my emotions without resorting to some of the higher melodrama of the Tenth Doctor’s era.

I watched The Husbands of River Song a few days after my Hell Bent viewing – another story which had me groaning and rolling my eyes on first viewing. As with its predecessor, I found myself laughing, enjoying myself, and with a tear in my eye and a lump in my throat. Rather than a meaningless run-around with River Song, a character I’ve always been sceptical of, I found it to be a great little comedy caper which turns into a beautiful goodbye to River. It is a demonstration of the fact that the Twelfth Doctor has learnt his lesson from Hell Bent – you have to say goodbye, but that doesn’t mean it has to be without joy or hope.

This re-evaluation and appreciation isn’t merely a matter of getting the satisfaction of being able to do another ranking of Doctor Who stories, but with some higher scores thrown in. It’s a symptom of my realisation that it’s actually fun to love Doctor Who. Gone is my sense of frustration, anger and disappointment; now I just feel love for the show, and excitement at the chance to share that. That’s why I’ve written this article, not because I want to preach about how disliking Hell Bent is foolish; or to prove with analysis how wrong anyone who has reservations is; but to say that I’m glad to be able to really say that Doctor Who is something I love, in all its various forms and variations. One of the best things about that is knowing every story has someone who can see it differently, and will make me see it like they do – as was the case with Hell Bent.